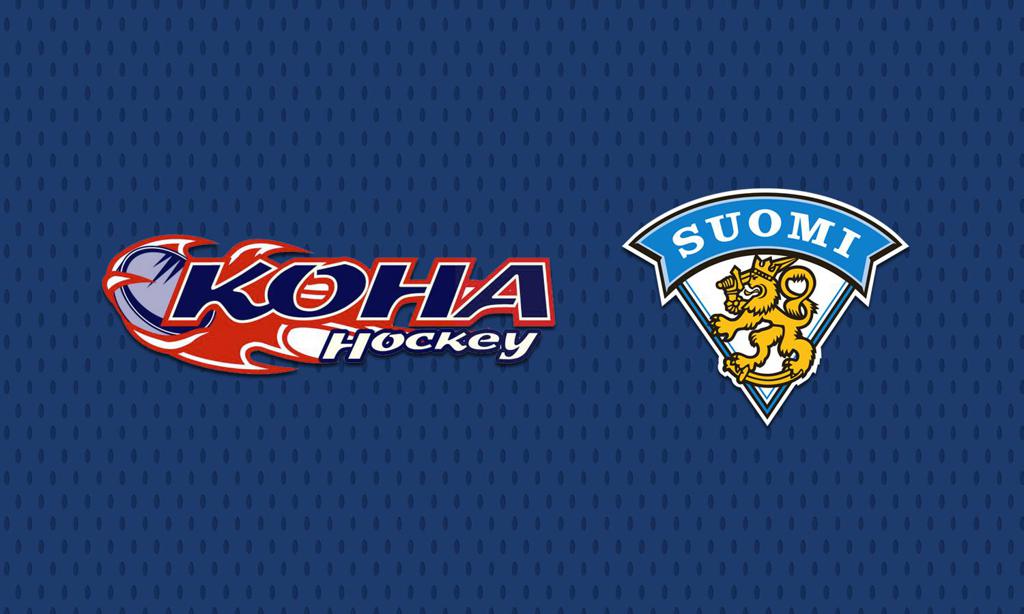 “Creating the intern position is just one more way that KOHA continues to push the envelope in providing great development to players and coaches alike, while providing exemplary service and value to their parents. It continues to be an exciting time to be a player in the Kalamazoo Optimist Hockey Association as their administration continues to find ways to be a leader in youth sport,” said Bob Mancini, USA Hockey ADM Regional Manager.

“Finland is a relatively small country that has seen has seen tremendous success on hockey’s international stage, which is a testament to their development philosophies and culture,” said Matt Kakabeeke, KOHA’s Hockey Director. “Aspen Junior Hockey created a similar partnership a couple of seasons ago, and when I heard about it, I thought, why can’t we do that here in Kalamazoo? We have the resources, vision and board support to be a national leader for youth hockey,” continued Kakabeeke.

When Aspen Junior Hockey (AJH) partnered with the Finnish Ice Hockey Association (FIHA) to bring Kalle Väliaho​ (FIHA’s Youth Hockey Manager) to Aspen for the 2016-17 season, it was the first collaboration of its kind here in the US. The AJH Executive Director, Shaun Hathaway, called the experience a “cultural shift in terms of how we develop” players.

Now, Väliaho is thrilled that one of the​ ​Vierumäki students is getting this unique opportunity in the United States. “The Bachelor Degree of Sport and Leisure Management started 2002 in Vierumäki, the Sport Institute of Finland, and now for the first time a student has the chance to do his internship in Michigan in the US. Students have been to several places all over the world (North America, Europe and Asia so far). Learning new cultures is vital for young coaches, because it helps you to understand how and why things are done differently in life and in coaching. On behalf of Finnish Ice Hockey Association we are pleased that KOHA is offering this chance to Kalle Virtanen,” said​ ​Väliaho​.

KOHA is excited to be bringing Kalle Virtanen to Kalamazoo for the 2019-20 season. Kalle was born in Lahti, Finland where he got his start in hockey as a player. Kalle has spent the last several years coaching with the largest youth club in Finland, the Pelicans, and served most recently as the head coach of their U16 team. He speaks three languages (Finnish, English & Swedish) and brings to KOHA a variety of strengths such as creating training programs fostering proper technique, useful dietary information and planning for athletes, skating instruction as well as shooting and scoring development expertise.

Jack Witt, USA Hockey’s Coach-In-Chief for Michigan had high praise, “I’ve followed KOHA’s journey as a USA Hockey Model Club for many years, and I have always been impressed by the organization’s willingness to adapt and to innovate, to offer the best possible youth sports environment for its participants.   Elements like dedicated skills instructors, the Coaches College, the use of USA Hockey resources, have all contributed to outstanding membership services and player development. I’m particularly excited that in the coming season, KOHA is again innovating by partnering with the Vierumaki Sports Institute of Finland to bring one of their coaching interns to Kalamazoo for the season. For those who may not know, Finland is one of the smallest countries in the top-tier of International Hockey, and one of the most successful.  Bringing their sports culture to Kalamazoo with a full-time Intern Coach should benefit all the members of the KOHA community, and will hopefully be a great cultural and developmental experience for everyone involved!”

Kalle will also have the opportunity to work with and learn from KOHA’s partners during his time in Kalamazoo. Athletic Mentors, Western Michigan University Bronco Hockey (NCHC) and The Kalamazoo Wings Hockey Club (ECHL) all plan on collaborating with Kalle throughout the season both on and off the ice, while allowing him to observe, learn and share during his time in Kalamazoo.

Kalamazoo Wings (ECHL) Head Coach, Nick Bootland, said, “As a KOHA parent, I am extremely excited that KOHA is providing our young players the opportunity to work with a young and energetic coach from Finland’s leading Sports Institute, and continue to be impressed with KOHA’s focus on being a leader for youth hockey development. In my role as head coach of the Kalamazoo Wings  (ECHL), I look forward to having Kalle involved from a development perspective, where he can provide input from a country that continually produces elite athletes and players and will be an asset for our players and my coaching staff.”

KOHA, established in 1965 and entering its 55th season, is a 501 (c)(3) nonprofit corporation whose mission is to provide every boy and girl in southwest Michigan the opportunity to enjoy and excel at the game of hockey. Our vision is to be a regional destination and national leader for youth hockey. For more information, please visit the website at KOHA.com