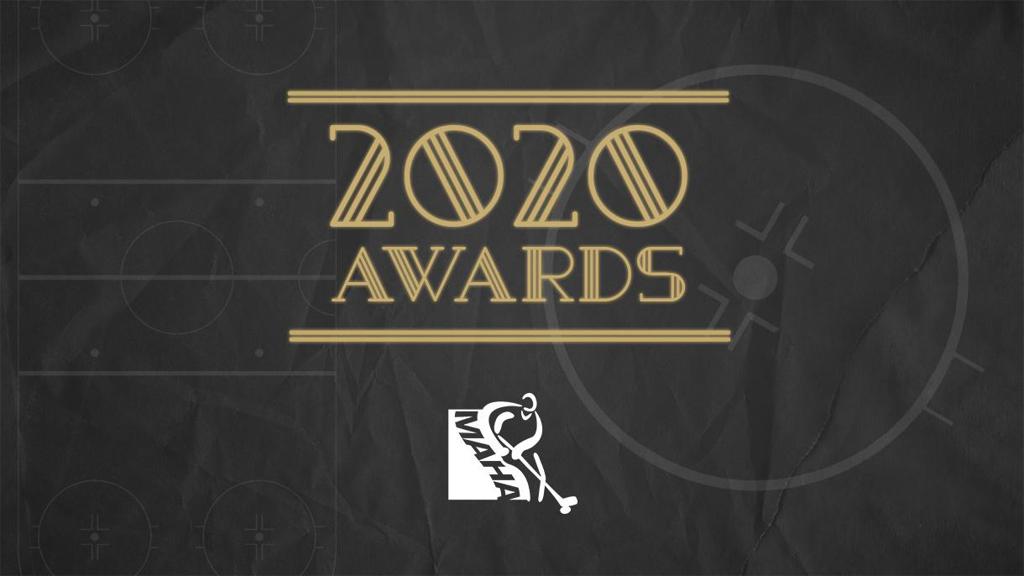 Throughout the 2020 MAHA Summer (Virtual) Meeting, outstanding members and associations throughout our hockey community will be honored for their respective achievements and contributions to the sport.

Stay tuned throughout the week for additions to our list, as we recognize our 2020 award winners through Sunday.

The Michigan Amateur Hockey Association congratulates Don Wright as its recipient of the 2020 Kellogg Award, recognizing outstanding achievement and dedication to amateur hockey.

The roots of Don’s leadership in youth and amateur hockey stretch extensively across the state of Michigan. In addition to serving as the high school representative for USA Hockey and MAHA, Don also serves as general manager of the Team Michigan program. In addition, he serves as the executive director of the Michigan High School Hockey Coaches Association, as well as vice president of the Arctic Coliseum and Arctic Breakaway in Chelsea, Mich.

In 2018, Don Wright retired as the winningest head coach in the history of the Chelsea High School Varsity Hockey program. During his 18 seasons as head coach, Don Wright’s program accumulated over 300 wins, including six regional championships and three Final Four appearances.

Don and his wife, Diane, have two children - son, Brad and daughter, Jennifer.

The Kellogg Award is voted upon annually by the MAHA Board of Directors for whom they wish to merit this honor. 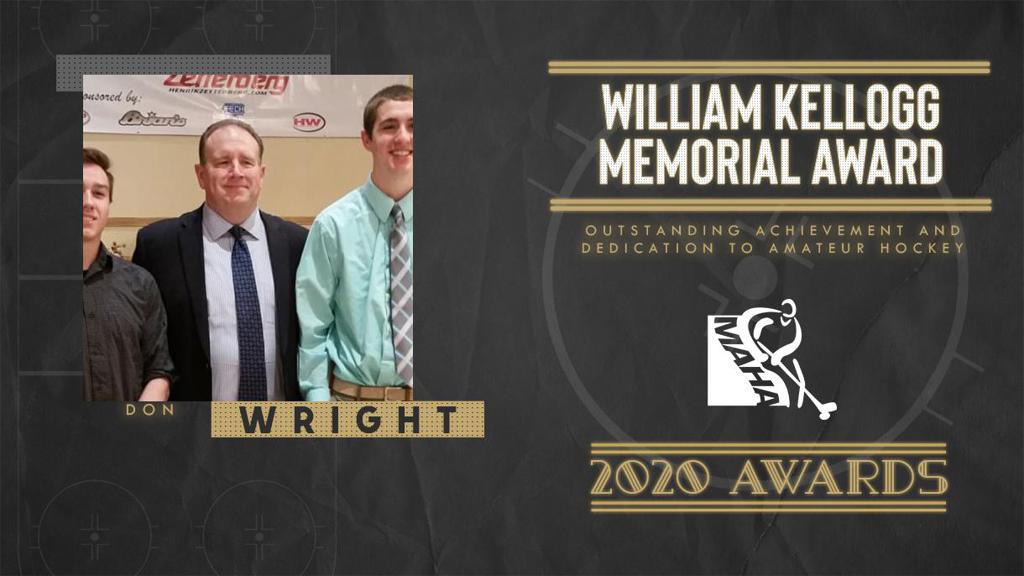 The Michigan Amateur Hockey Association congratulates Ron Brasseur as its recipient of the 2020 President’s Award.

Ron’s contributions to youth hockey in Michigan spans across a 20-year period. Over the last 15 years, Ron has served as a Director-At-Large for Districts 5 & 6. He previously served four years as a District 5 Director. He’s successfully run numerous Bantam and Midget camps and tryouts over these many years, while helping on the operations side of the Player Development Camps, as well.

In 2019, Ron Brasseur received MAHA’s Kellogg Award, recognizing outstanding achievement and dedication to amateur hockey. He is always one to be involved in every task force or committee MAHA assembles, as he selflessly dedicates his time and energy to helping the youth hockey community. When you need something, you know you can reach out to Ron, and he will deliver.

Ron and his wife Irene have five children - daughters  Madalynne, Julie and Nikki, and sons Ronald and Nathan. 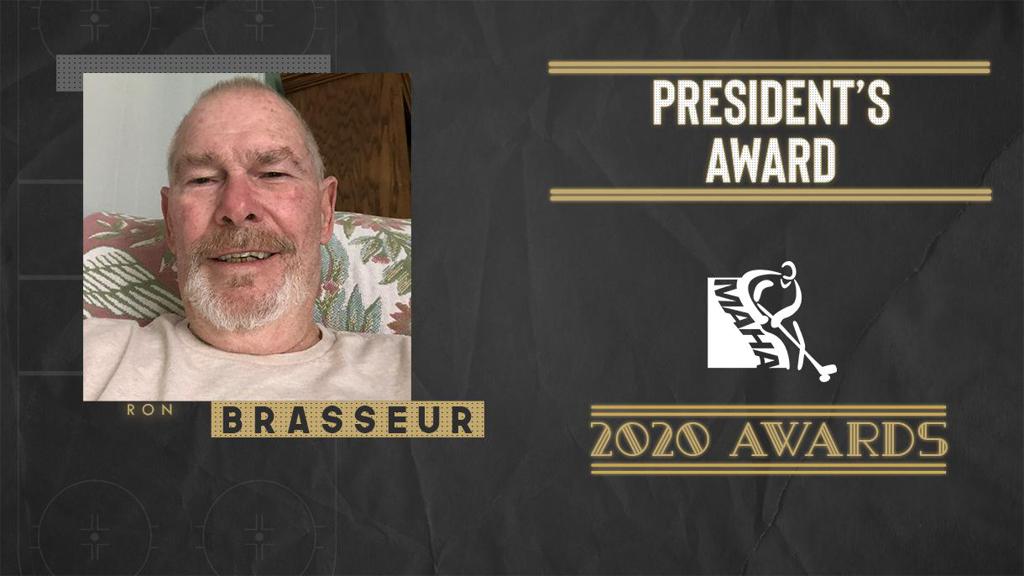 The GCHA has committed to a standard of excellence in its program offerings to membership. Its philosophy of fostering growth and development, with a genuine spirit of fun, is driven by the GCHA’s highly-trained coaches. As a result of an exceptional Learn to Skate and Learn to Play program, the Association has seen substantial growth over many years, particularly in its 8U division.

In addition, the GCHA firmly believes that no child should be turned away from the game due to cost. Its commitment to fundraising efforts for families, in an effort to off-set seasonal costs, leaves a lasting impression for membership.

The John Stansik Award recognizes outstanding contributions to the growth of the hockey community in Michigan. 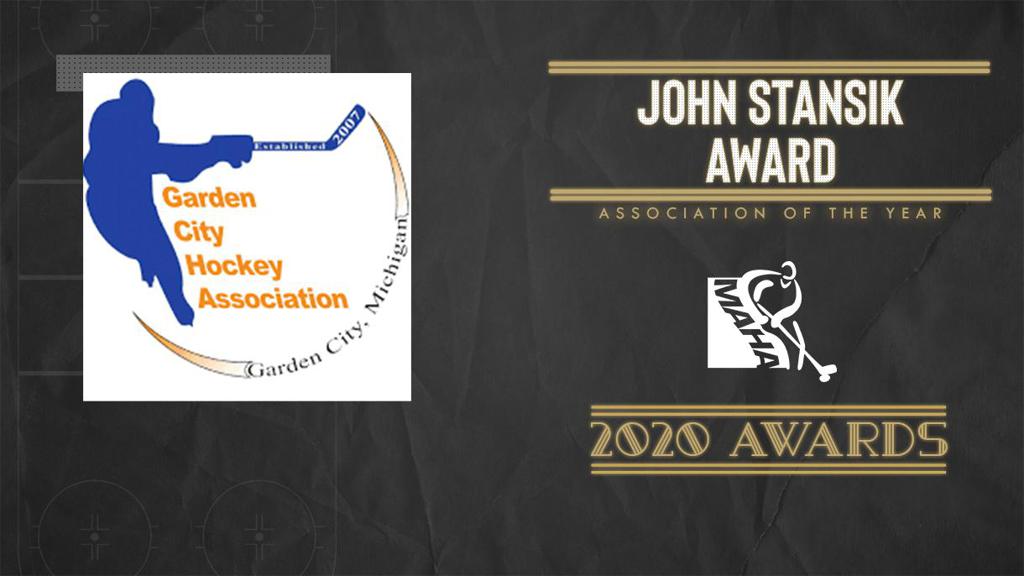 The Michigan Amateur Hockey Association congratulates Keegan Helton as its recipient of the 2020 Wes Danielson Award, recognizing his perseverance through adversity to continue playing hockey.

Keegan can be described as a “feisty, smooth skating, hard shooting and emotional” member of the Compuware Bantam Tier 2 team. Despite being diagnosed with Type 1 Diabetes in March 2017, Keegan does not approach a new day at the rink with any less determination. With the support of his parents, Rachel and Damien, Keegan serves as an advocate for diabetes awareness. Whether it’s educating his teammates, participating in diabetes awareness activities, or simply showcasing his own personal grit, Keegan has embraced his unique circumstances as more of a calling than a crutch.

During the 2019-20 season, Keegan Helton received the Barbara Ann Karmanos Award, an honor “bestowed upon a special hockey individual who exhibits the fortitude that Barbara demonstrated through her life.”

Brian Tucker, Keegan’s coach, added: “In my three years of coaching Keegan, as he has been adjusting to his day-to-day life with diabetes, he’s never once complained to me about it… has never once asked for sympathy… never once used his diagnosis as a crutch. In fact, if you asked that same observer if you notice anything different about Keegan, and the other players on the ice, I’d expect the answer to be – ‘nothing.’ He looks just like the rest of the players, which is exactly how Keegan would want it!”

The Wesley T. Danielson Award recognizes an individual who overcame a major setback, handicap or hardship and continued to participate in, or contribute to, the game of hockey. 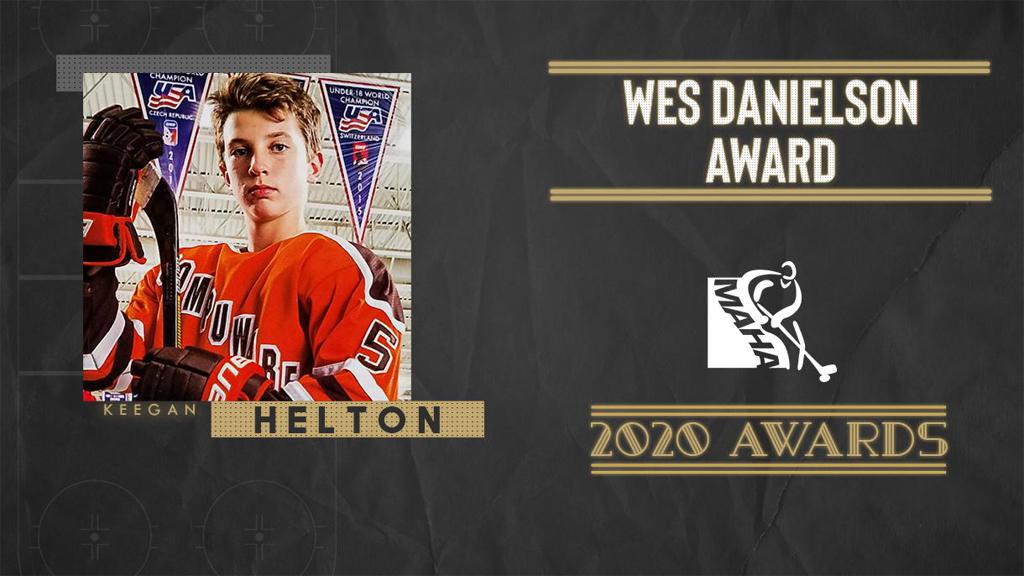 The Michigan Amateur Hockey Association congratulates Marino Guidi as its recipient of the 2020 Earl Piper Award, recognizing the Coach of the Year in the state of Michigan.

Marino’s storied coaching story began back in 1972. After a stint coaching a U14 team in Allen Park, Marino would find his permanent spot behind the bench in the U12 B division of the Trenton Hockey Association. In addition to his coaching duties, Marino served on the Trenton Hockey Association Board in various positions, including House Director and Vice President. In 2013, Marino Guidi was inducted into the Trenton Sports Hall of Fame by the city of Trenton, for his years of volunteering his time to the youth of Trenton and the downriver area.

“My dad’s passion to coach hockey is unrivaled. I don’t know too many people who would volunteer their time to coach for so many years, especially the years he’s coached as a non-parent.

As we all know, at the House level there is such a wide spectrum of talent. Some kids are just starting to play hockey, while other players have been playing for years. Year in and year out, my dad has done an exceptional job blending the wide variety of skill levels. To this day, he never plays favorites. He sincerely wants every player to enjoy this great game of hockey and, more importantly, learn life lessons while playing.

Every time I go to the rink with him, an ex-player will pull him aside and say hi and thank him for what he taught him or her. Not just regarding hockey…but life in general.”

USA Hockey’s Earl Piper Award is presented annually to an individual who contributes significantly to the development of youth players. The recipient exemplifies, and teaches, the character skills for the player he (she) coaches to live life as a contributing member of society. 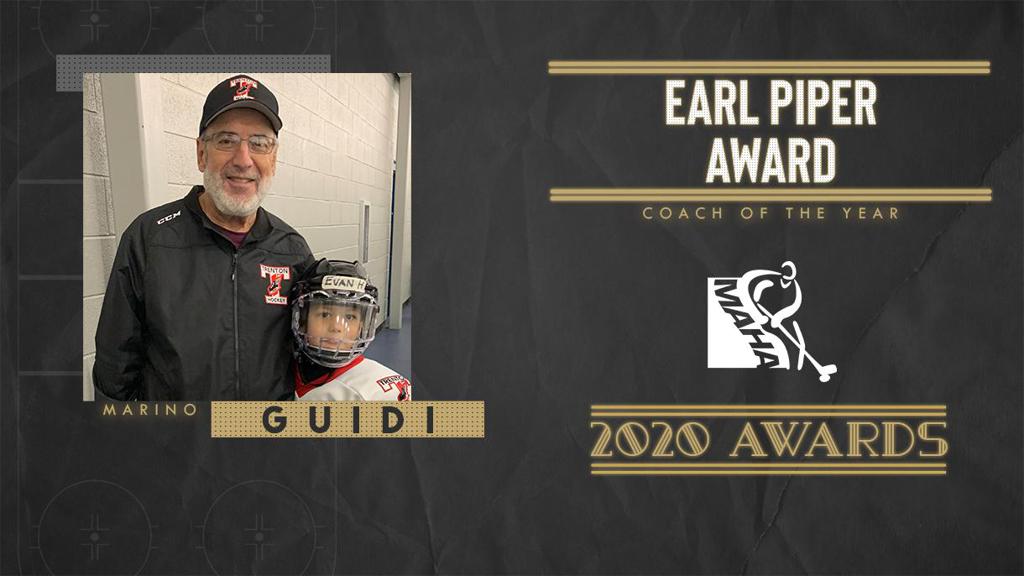 The Michigan Amateur Hockey Association congratulates Dave Fry as its recipient of the 2020 Lowell McCoy Award, recognizing the Referee of the Year in the state of Michigan.

Dave has been a USA Hockey registered official since 1981. His proactive mentorship of new officials has greatly contributed to retaining officials in the Holland Hockey Association over the last several years. His knowledge of the USA Hockey Rulebook, as well as his enthusiasm for the craft, is second to none.

Despite some personal medical challenges, including a successful battle against squamous cell carcinoma, Dave sets an example of perseverance for our entire hockey community. He remains one of our most active officials, regularly covering Tier 2, Tier 3, and adult hockey games each season. Furthermore, his ongoing enthusiasm for teaching new officials has made him a tremendous member of our Michigan officiating family.

MAHA’s Lowell McCoy Award is presented annually to a deserving referee in Michigan, recognizing an individual who exemplifies excellence in on-ice officiating. 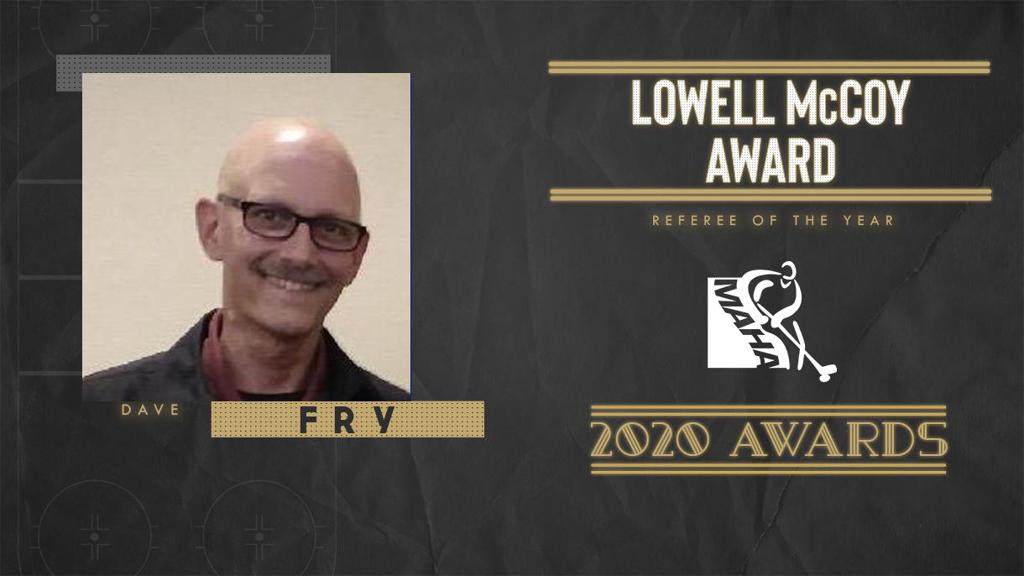 The Michigan Amateur Hockey Association congratulates Gerald Ralko as its recipient of the 2020 Ray Kraemer Award for his contributions to adult hockey in the state of Michigan.

Despite his retirement as a MAHA director in 1997, Gerald’s contributions to the game of hockey continue to this very day. He remains involved in adult hockey, offering support to the Adult Committee in executing key annual events including tournaments, Adult States and USA Hockey Classics. His knowledge and experience is invaluable, and Gerald’s passion for the game always accompanies him to the rink. 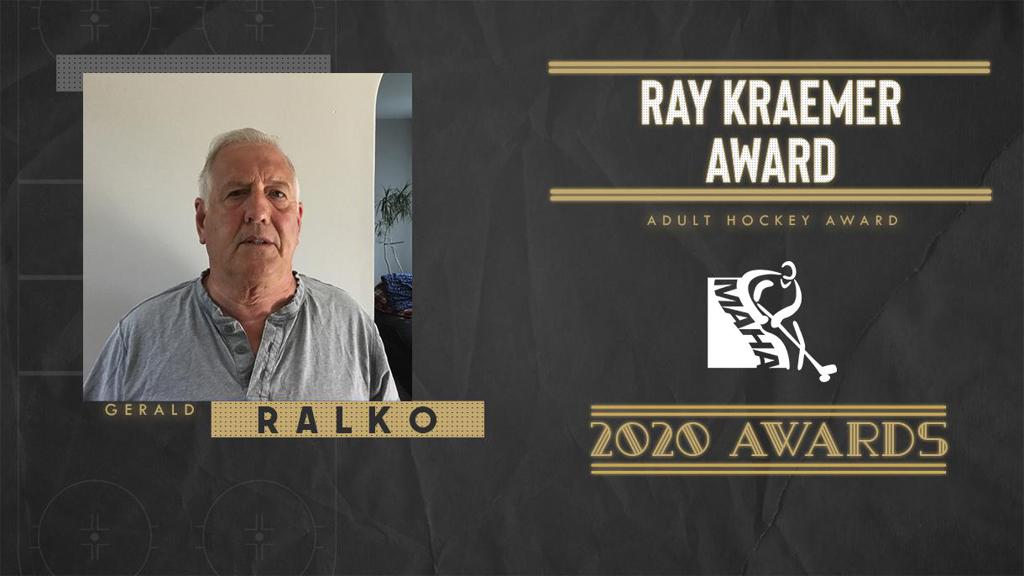 The Michigan Amateur Hockey Association congratulates the Midland Amateur Hockey League as its recipient of the 2020 USA Hockey Female Honors Award for the state of Michigan.

Through its Midland Hornets female hockey program, the Midland Amateur Hockey League has been a true leader in offering an exclusive athletic experience for every girl in the Great Lakes Bay region and beyond. Through their commitment to offering girls-only Try Hockey For Free events - as well as ongoing family education - the Hornets program has seen significant measurable growth in the last several years. In addition, their commitment to affordable programming, a balanced practice-to-game ratio, and community service makes the Midland Hornets program a very desirable place for girls to discover their love for the game.

USA Hockey’s Female Honors Award is presented annually to one hockey association in Michigan, that is a leader in the development, growth, and promotion of ice hockey for females. 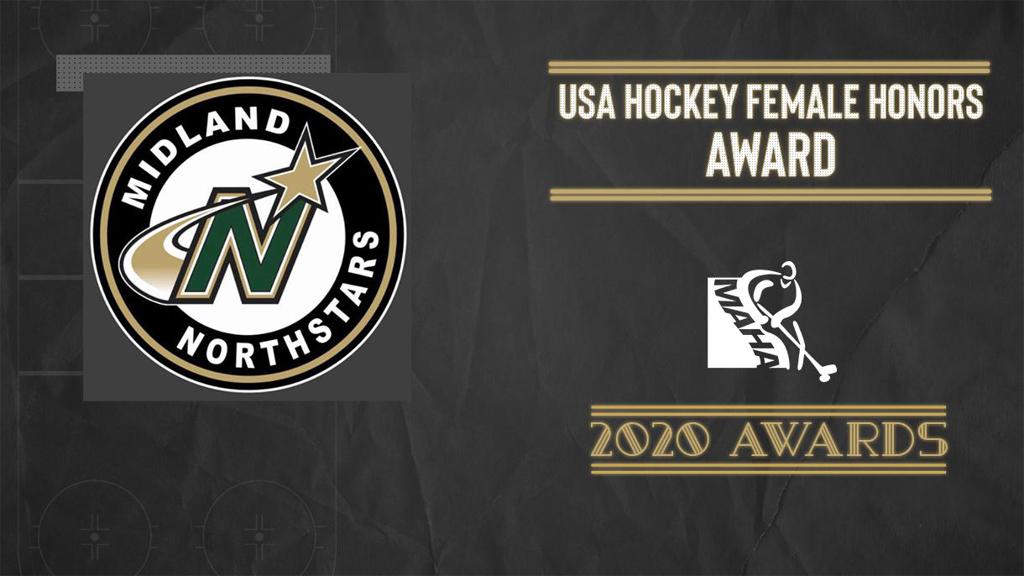 The Michigan Amateur Hockey Association congratulates Jeff Mitchell as its recipient of the 2020 USA Hockey New Leader Award for the state of Michigan.

Jeff has made numerous contributions to the growth and well-being of the sport of ice hockey in Michigan. In addition to dedicating 15 years as a coach, Jeff currently serves as the president of the Meijer AAA Hockey program, as well as director and evaluator in MAHA’s Player Development program. He previously served as president of the Lansing Hockey Club from 2014-2019. Jeff has also been an important contributor in many key hockey initiatives across Michigan, including the Try Hockey for Free program, USA Hockey & MAHA coaching clinics, and the annual MiHockey Banquet of Champions.

Jeff and his wife, Jodi, have three children - sons Travis and Trevor, and daughter Emily.

USA Hockey’s New Leader Award is presented annually to emerging leaders within each affiliate, recognizing contributions in growth and/or improvement of the game of hockey. 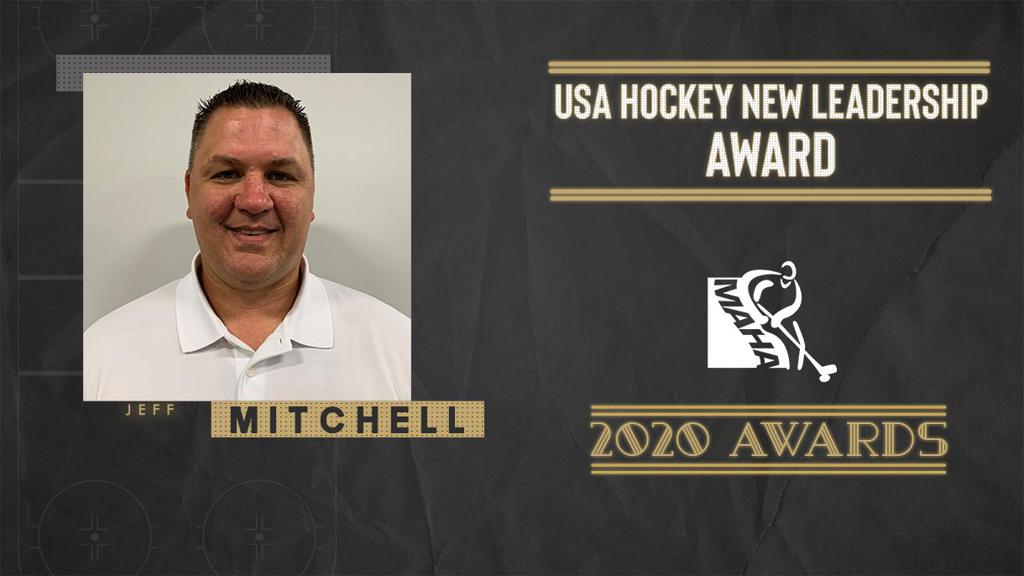 Congratulations to the following individuals, recognized for their commitment to the hockey community during Tuesday's Kick-Off Celebration. 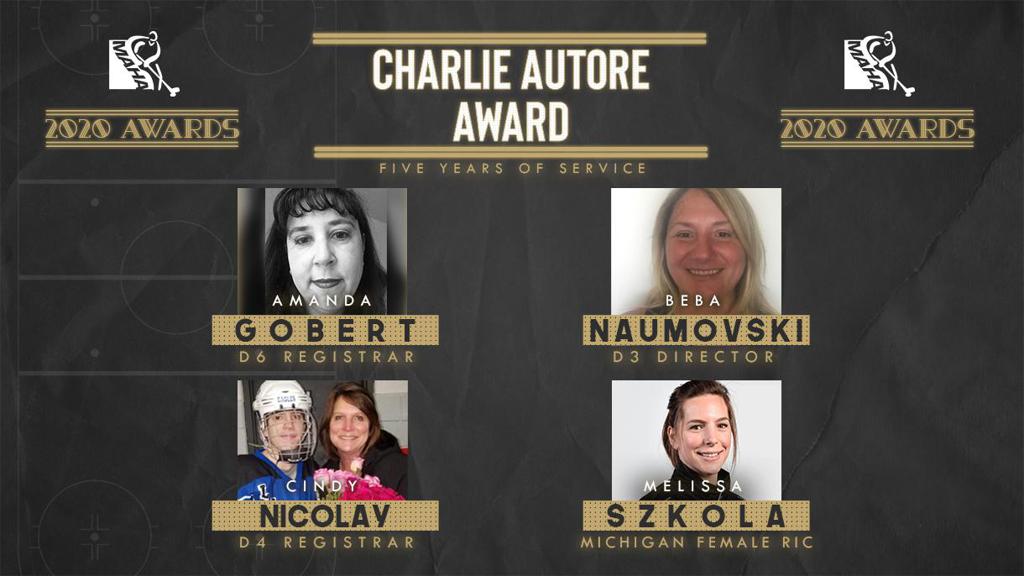 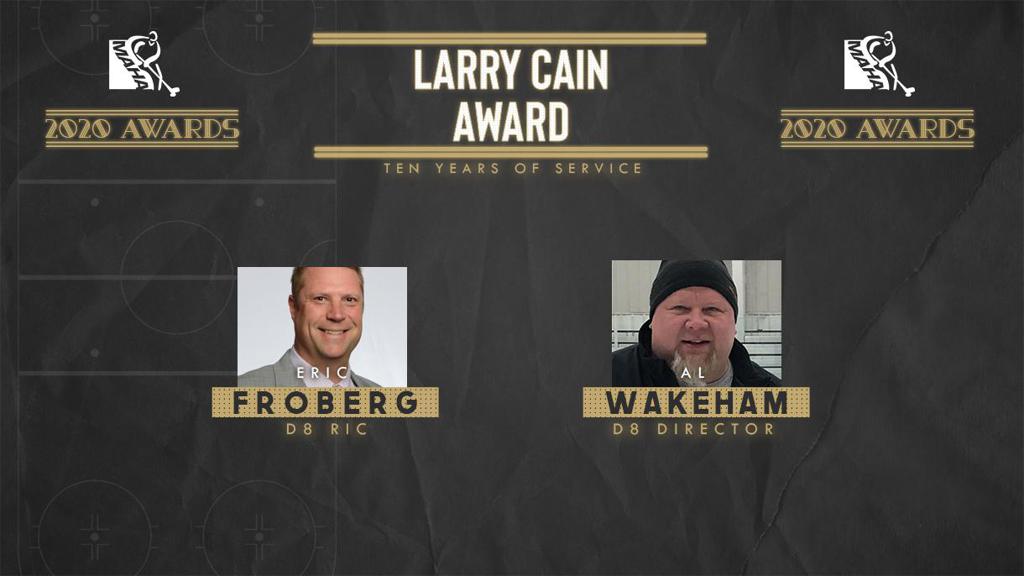 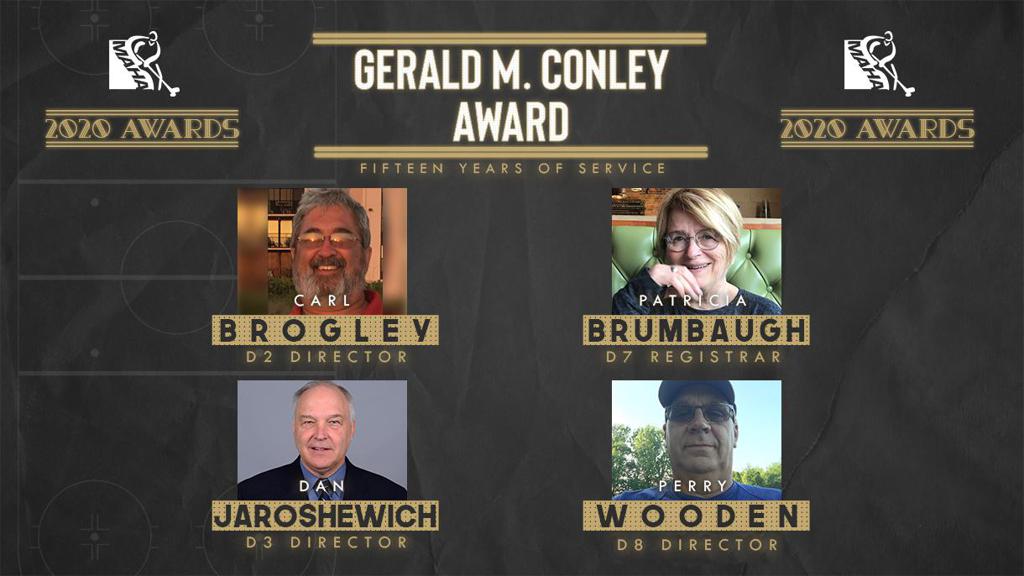 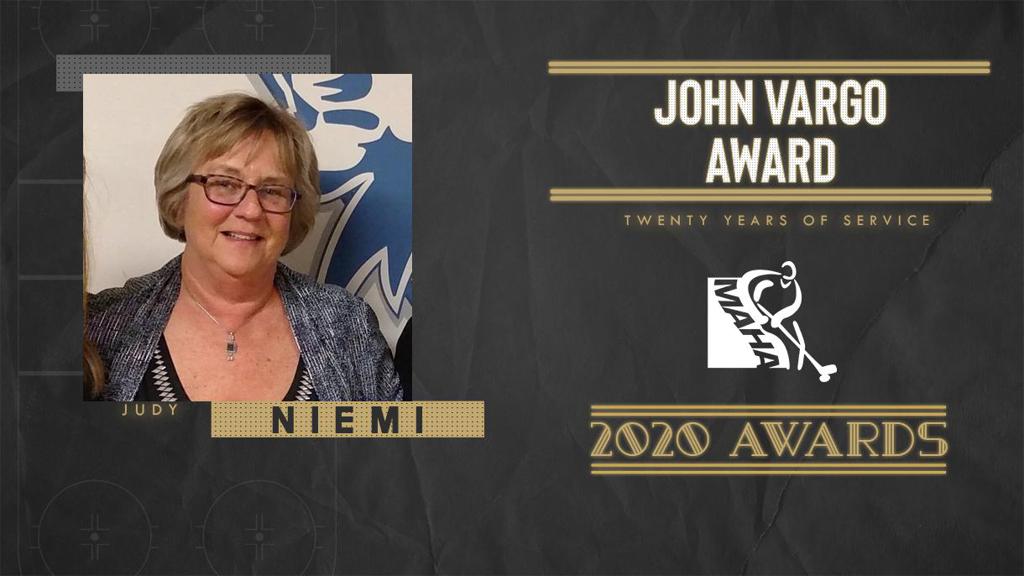 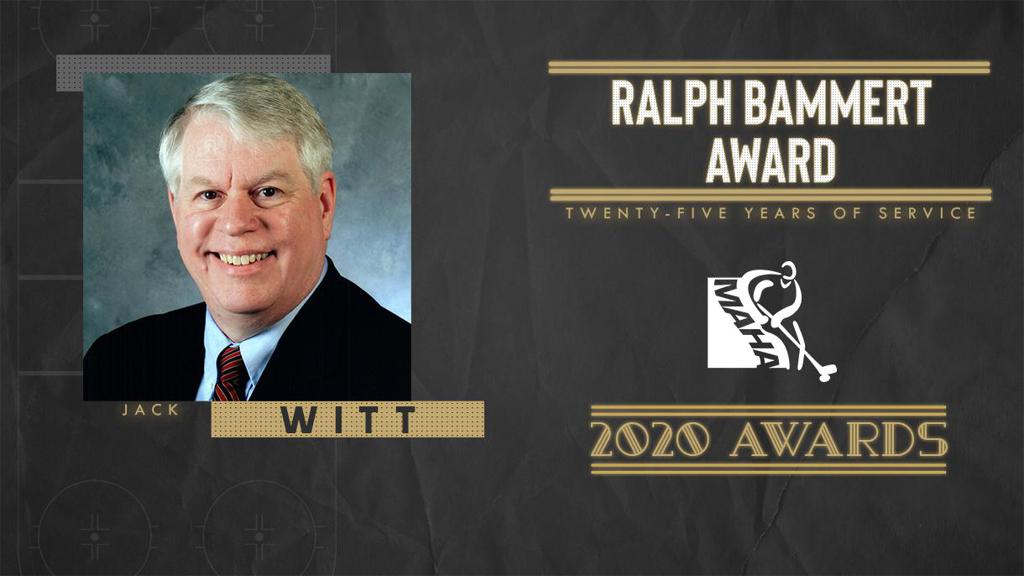 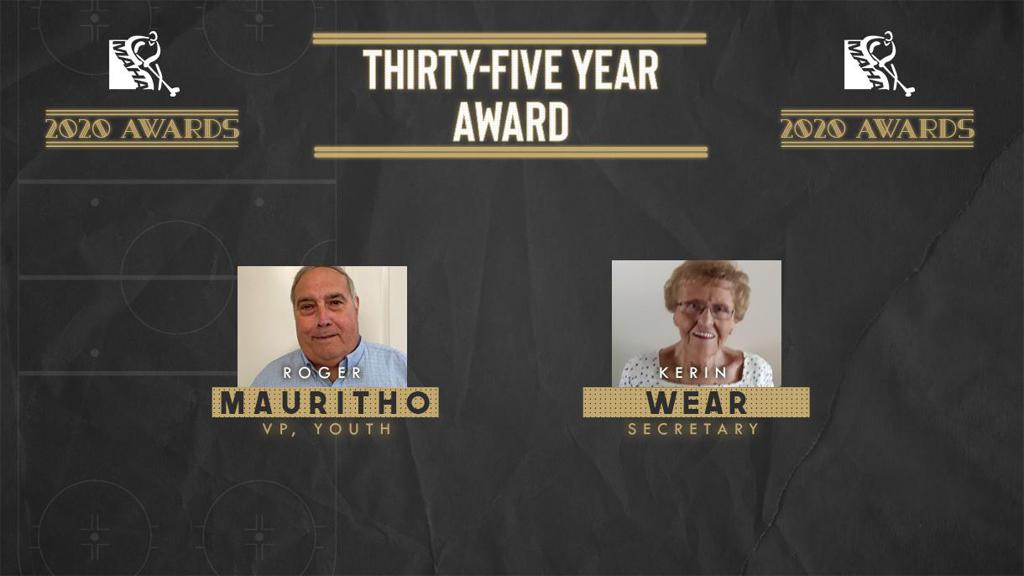