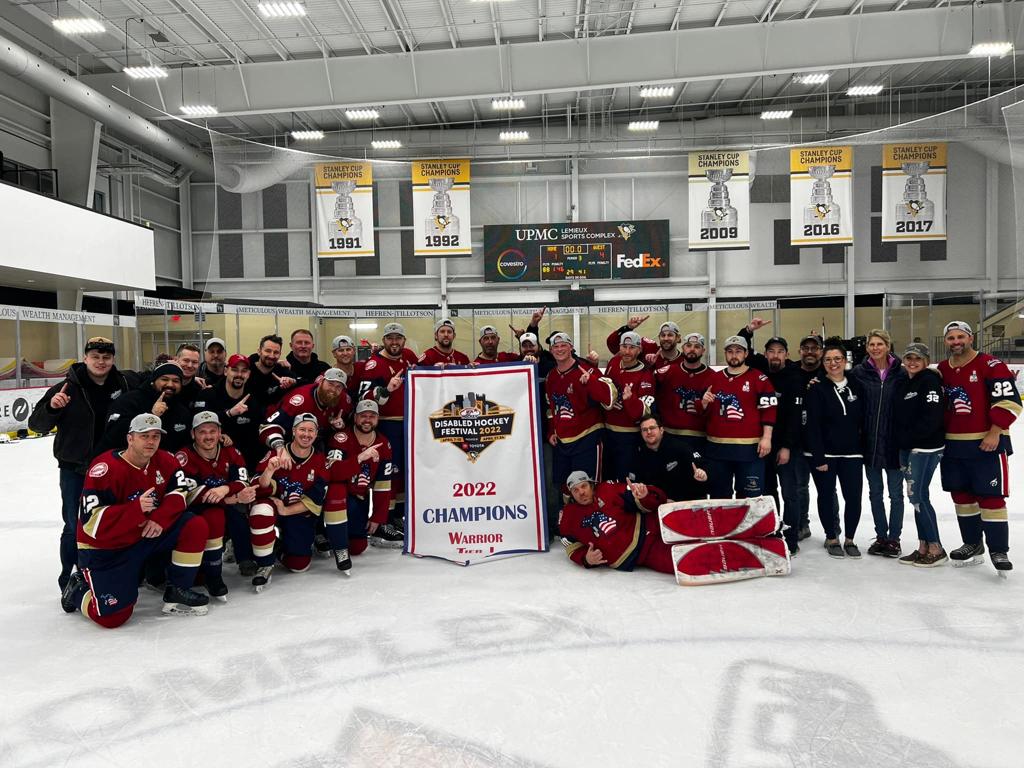 The Michigan Warriors won the Warrior Hockey Tier 1 national championship in Pittsburgh on April 10, defeating the Minnesota Warriors Bravo 4-1 in the final of the top division of retired military teams.

The Warriors started the tournament with a 0-0 tie against the Minnesota Warriors Alpha in their Thursday opener, but from there on out, they didn’t have any problems finding the back of the net.

First, the Warriors beat the Johnstown Generals 9-4. Then, they beat the Buffalo Sabres Warriors 7-1 in the quarterfinals and the Minnesota Warriors Alpha 6-3 in the semifinals before the aforementioned victory in the final.

Ryan McWilliams recorded 18 points in five games to lead the tournament in scoring, while Ryan Kenerson had six goals and four assists for 10 total points.

Scott Gillies took care of the Warriors between the pipes, registering a 1.80 goals-against average and .820 save percentage en route to the title. 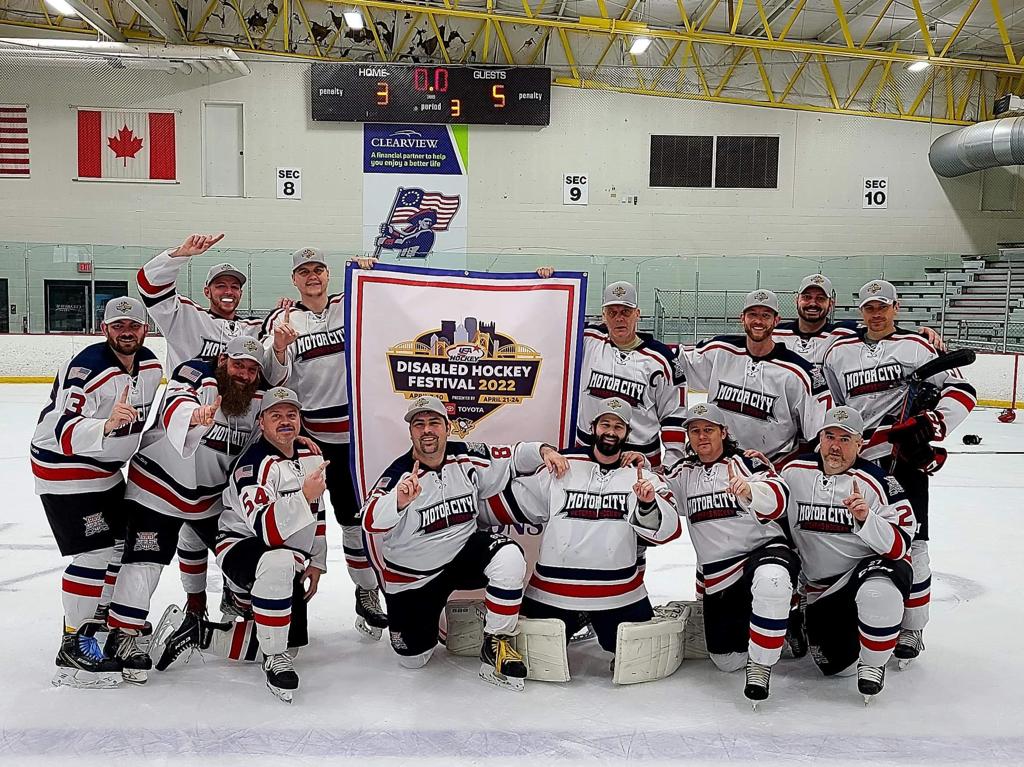 The Motor City Veterans captured a title of their own on the same weekend, beating the USA Warriors 2 team 5-3 in the final of the Warrior Tier 4 division.

The Vets started things off with a 5-1 win over the Minnesota Warriors Charlie on Thursday, before registering a 11-4 win over the Utah Warriors.

They posted a 9-1 win over the Michigan Warriors 2 squad on Saturday morning before falling to the Alaska Warriors 2-1 Saturday evening. They still had done enough to reach the finals, and that’s where Veterans got things done and left with a shiny new banner.

Jon Batiu led Motor City in scoring, registering seven goals and one assist for eight points in five games. David Shepler was close behind with six goals and two assists.

Jared Belsley took care of the goaltending duties, posting a 2.11 goals-against average and .800 save percentage. 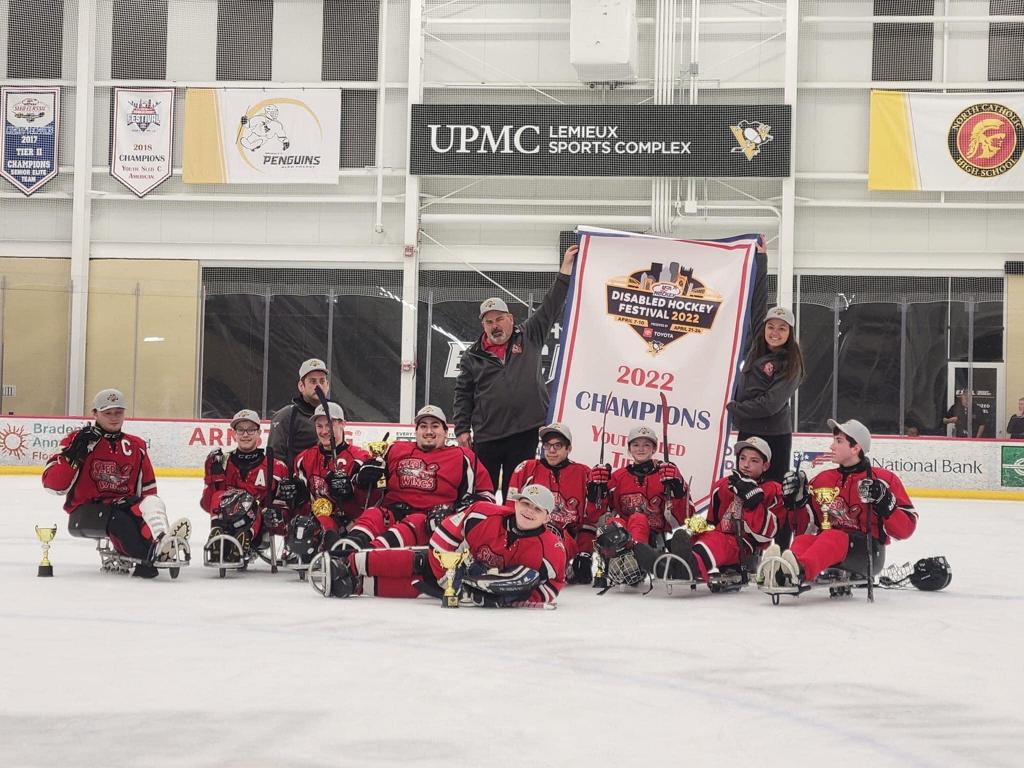 The Grand Rapids Sled Wings are the top dogs in youth sled hockey after winning the Tier 1 division during Week 2 of the Disabled Hockey Festival on April 24.

They started with a bang, beating the Minnesota Jr. Wild 6-1 in their Thursday opener. On Friday, the Sled Wings faced a set-back, falling to the Philly Hammerheads 3-2.

The Sled Wings rebounded on Saturday, first with a 3-1 win over the Mighty Penguins and then a 1-0 victory over the ASPO Wildcats.

Sunday was another 1-0 final, but this time, it was in the championship game against the Minnesota Jr. Wild.

Philipe Hernandez scored the game-winner in both of the 1-0 contests, leading the Sled Wings to a national championship. He finished with a team-best eight points in five games, five of those being goals.

Jarrett Reynolds-Meyers also had five goals, along with an assist, while defenseman Charles Warren racked up five assists.

Daniel Williams played every game in goal, finishing with a 1.52 goals-against average and two shutouts. 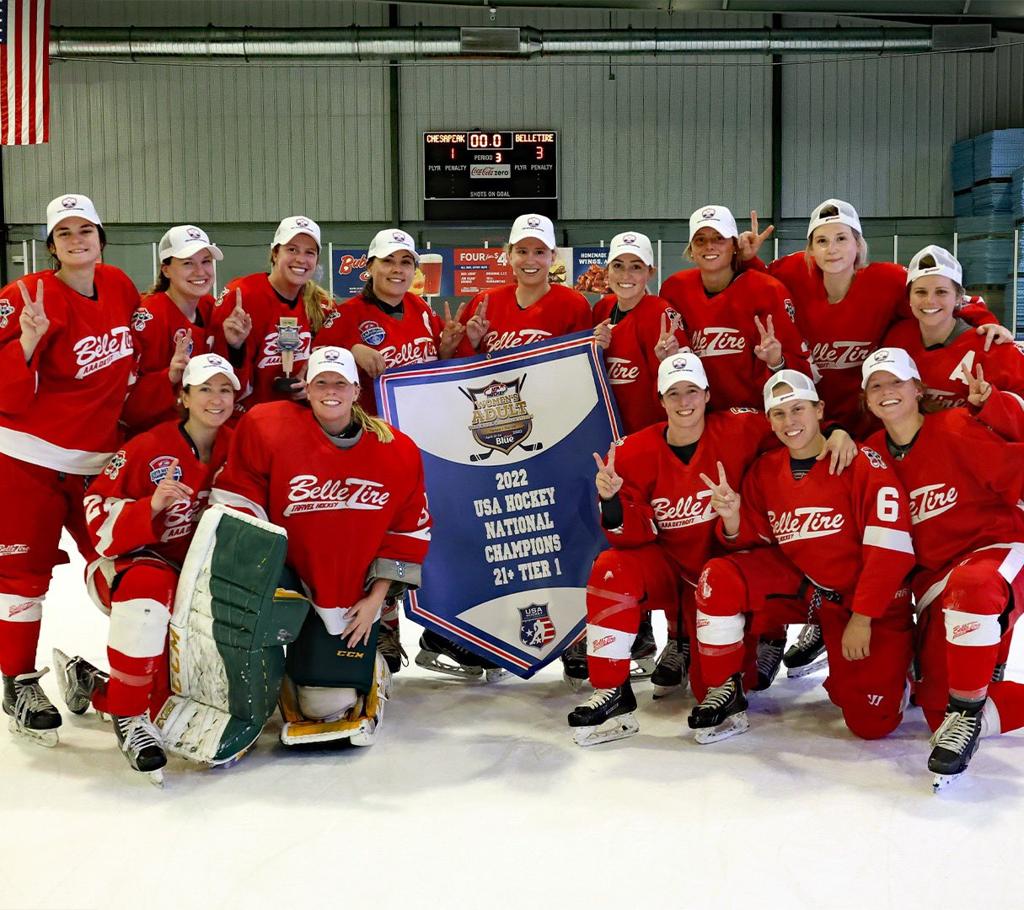 While the three aforementioned teams took care of business in Pittsburgh, the Belle Tire Senior Women had some fun in Tampa.

Belle Tire started with a 5-3 win over the Beerhawks on Thursday, before recording a 6-5 win over the Carolina Lady Hurricanes on Friday.

On Saturday, they were clipped by the Chesapeake Bay Lightning 7-1, but they rebounded in time to beat in-state rival Victory Honda 3-1 in the semifinals.

In the final, Belle Tire found its revenge, beating Chesapeake Bay 3-1 to wrap up the tournament in style.