On Tuesday, USA Hockey announced its roster and dates for the upcoming National Junior Evaluation Camp at USA Hockey Arena in Plymouth.

“It’s going to be a unique camp as we evaluate players for our National Junior Teams that will be competing in the August and December World Junior Championships,” said John Vanbiesbrouck, general manager of the U.S. National Junior Team and assistant executive director of hockey operations for USA Hockey, in a press release. “We’ve got two great coaching staffs assembled, and with the deep player pool we have, there will be tough decisions to be made.”

Of the 60 players invited, 14 are notable Michigan youth hockey alumni who spent multiple seasons in the AAA circuit. They are listed in the graphic below.

For more information on the event, which is open to the public, click here. 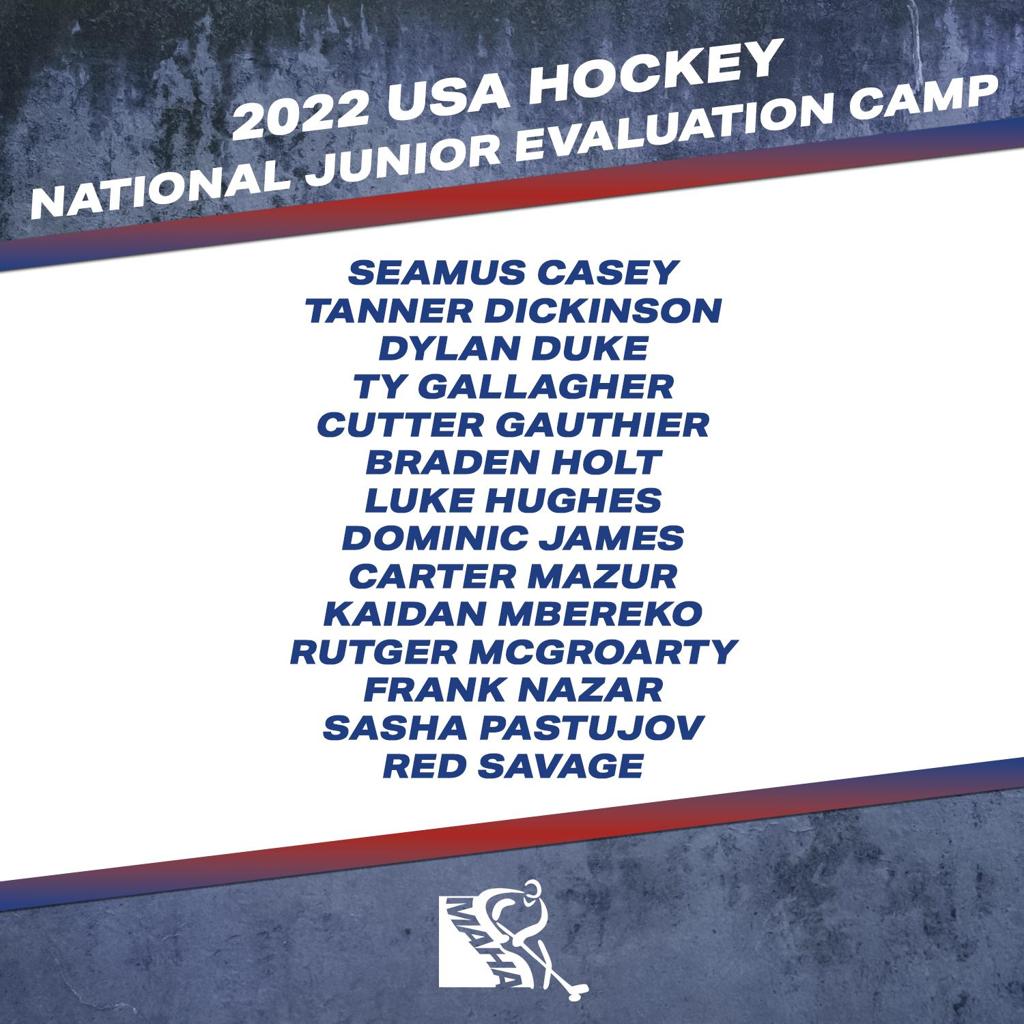